I am blessed, is all I can say

Entering the world of music from the age of 10, Vijay Ganesan is a Freelance Guitarist and has been in the music industry since 2015. Based in Chennai, he got his hands on the violin from the age of 10, along with being influenced by the nuances of Indian Classical Music.

Do you belong to a family from the music background that connected you to the field from the age of 10, or was it just an interest that developed over time?

Neither my family, nor did I have any connection with music other than the fact that we loved and enjoyed music like any other music listener. When I was young, it was a ritual in our family to listen to the radio every day during dinner. My dad would start telling us stories about how songs and movies played an important role in his life. That sparked an interest in me. I started observing the different sounds. From orchestrations in Ilayaraja Sir’s songs to the rhythms and melodies in MSV Sir’s, led me to know more about how it is created. I guess it is the interest to learn orchestrating and arranging like Ilayaraja Sir that led me to learn my first instrument, the violin.

What has your journey from scratch been like, as gaining popularity is not a day’s work?

I believe in the fact that if we focus only on getting better and learning every day, everything else, like success, money and fame will come to us at the right time. Many incidents in my life proved to be right and I choose to live by it. Similar was the case with the reality show, which I got to be a part of recently.

Being a part of various independent bands like Karnautic, Alkemy, Super Something and Tunestation, what were your coordination techniques with each one of them, since most of the bands eventually break up due to misunderstandings?

I was lucky enough, that all the band members from each band are my best friends. We have shared multiple stages, projects and recordings. Through this, we got comfortable with our ideas before the respective ‘bands’ happened. Of course, there were times of disagreement, but that only made us grow further and define us in a better way.

Having shared the stage with celebrity and playback singers, Aalaap Raju and Vijay Yesudas being one among them, what are the major takeaways that you have taken back with you?

The most obvious fact to take back from these legendary musicians/singers is their commitment towards art. The way they handle the stage, the band, the performance, it tells us their dedication towards the skill, and that inspires me to keep practicing.

You have had various influences, be it from the Indian/ western music background. Amongst the two, who has been your mode of inspiration?

As I said earlier, I am where I am only because of Indian music. My earlier influences owed to Indian film and Carnatic music. But the interesting part of the story is that, the film music I had listened to as a child had a lot of western elements in it. That is when the realization to explore more about music production and arrangement struck me. So, according to me, there is no answer to this question. They both go hand in hand.

Tell us about your latest single, ‘Vidaigal Thedu Nee’ and your experience on working with the team.

‘Vidaigal Thedu Nee’ is single written and produced by the Vocalist-Producer, Manoj Krishna. We are bandmates (in Tunestation) and hence, when he approached me to play guitars for this song, I was really excited. It was a great experience to do the session remotely over a zoom call, since it happened during the lockdown. Later, when the lockdown was lifted, we planned to shoot a video for the song and released it around mid-October.

How far have you come, from the moment you stepped into the industry to having a fan base of dozens?

I am not sure if I deserve the love and support that I receive everyday. But, ‘I am blessed’ is all I can say. We often hear the word ‘self-made’ thrown at people who achieve something without a background. I wouldn’t say it is the right word to use. In my case, all the credits go to my family, friends and mentors who are constantly supporting me without any expectations. I feel this is almost true for every person who has achieved anything in life, whether big or small. Without a supportive circle, it is not possible. It is the positive energy of the people around, that keeps us going.

Comment on your journey at ‘Super Singer – Champion of Champions.’

‘Super Singer CoC’ came to me at a time when I needed it the most. We all went through a hard time, mentally during the lockdown. I had a lot of insecurity about my future, given that live gigs played a big role in my daily life until then. I still kept practicing, collaborating and learning more about music production. But, deep down it was haunting. That is when I got a call from my friend and my teammate in Super Singer, Aparna Harikumar. She took me through the processing of the show.

She asked me if I was interested. Honestly, when I accepted this, I didn’t know what I was signing up for. When the first episode got telecasted, my social media account started flooding with followers and messages from unknown people. I received messages from friends and family who rarely texted me saying that they saw me on TV and how proud and excited they were. That’s when I knew that this wasn’t just any other show that I was a part of.

What can the audience be expecting in the coming months, with regards to your music?

There are a lot of collaborations in line. I am producing songs for my friends and also working on some projects for films as a Guitar Producer. Alongside, I am also planning to spend more time on producing and releasing my own music, since that is something that has been pending.

Who are some of the artists, with whom you would want to collaborate with?

Internationally, I would love to play along this band called ‘Scary Pockets.’ I admire them a lot. And it has always been a dream to collaborate with Snarky Puppy. In India, it would be alongside Benny Dayal, being on the top of the list. 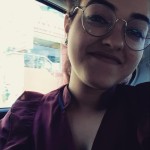 ‘Life is short, grab every opportunity you can.’ Pursuing Journalism, opportunities to be on-field is what I long for. My other interests lie in Murakami, his works and other novels. I am an occasional sketcher and enjoy listening to music of various languages. Apart from that, travel and adventure comes hand-in-hand and I will be the first person to jump off the plane with a parachute and watch horror movies with 3X spicy ramen! 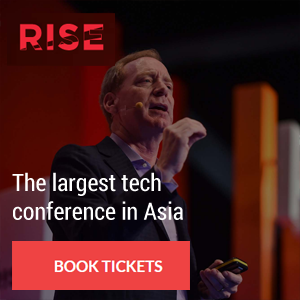